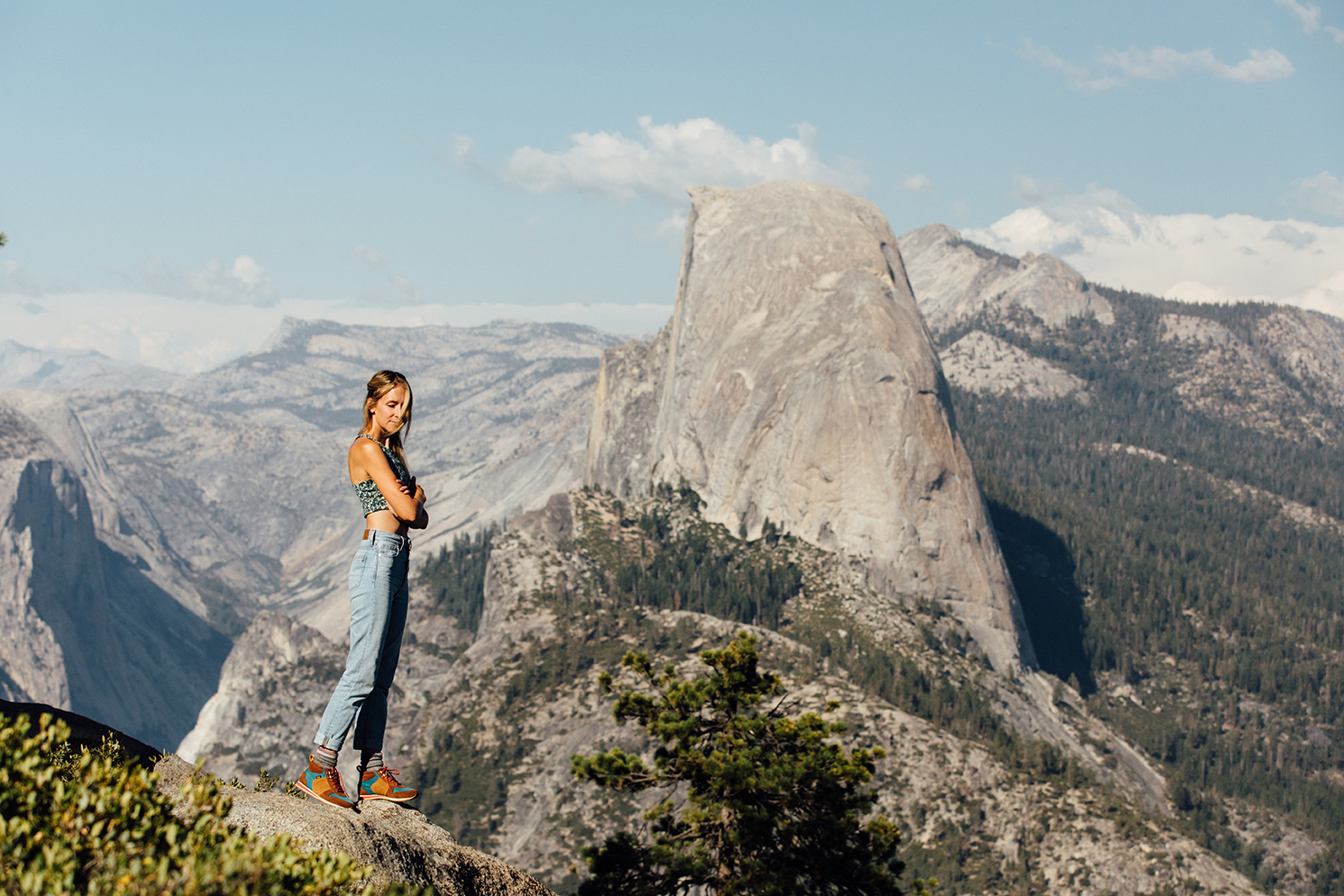 This story was written and photographed for Teva.

We’ve all stumbled across that one photo of our parents. The one where they both look so self-assured and stylish, with considerably fuller hair. The one that made us realize, perhaps for the first time, the full depth and complexity of their lives B.K. (Before Kids).

For me, it’s a long-lost 4×6 print of my mom and dad on a small sailboat. My dad might be wearing Teva sandals, actually, and my mom’s long blonde hair is whipping across her smiling face and cascading down the back of her hot pink T-shirt. For my partner, Marlin, it’s a photo of his parents posing in front of a massive rig stacked high with surf boards, bell bottoms and wire-frame glasses out in full glory.

I always wonder which photo of me my future offspring will have to reckon with, forced to confront the idea that their dorky mom was once a crop-top wearing rock climber who rarely wore shoes and wrote poetry in the back of a Land Cruiser.

It’s probably more of a gradual transformation than an abrupt metamorphosis, but at some point we stop rebelling against our parents and begin to emulate them. We pick up a turn of phrase here, borrow a pair of vintage Levi’s there. By nature or by nurture, suddenly we’re embodying all those habits we swore we never would. We’ve turned into our parents. 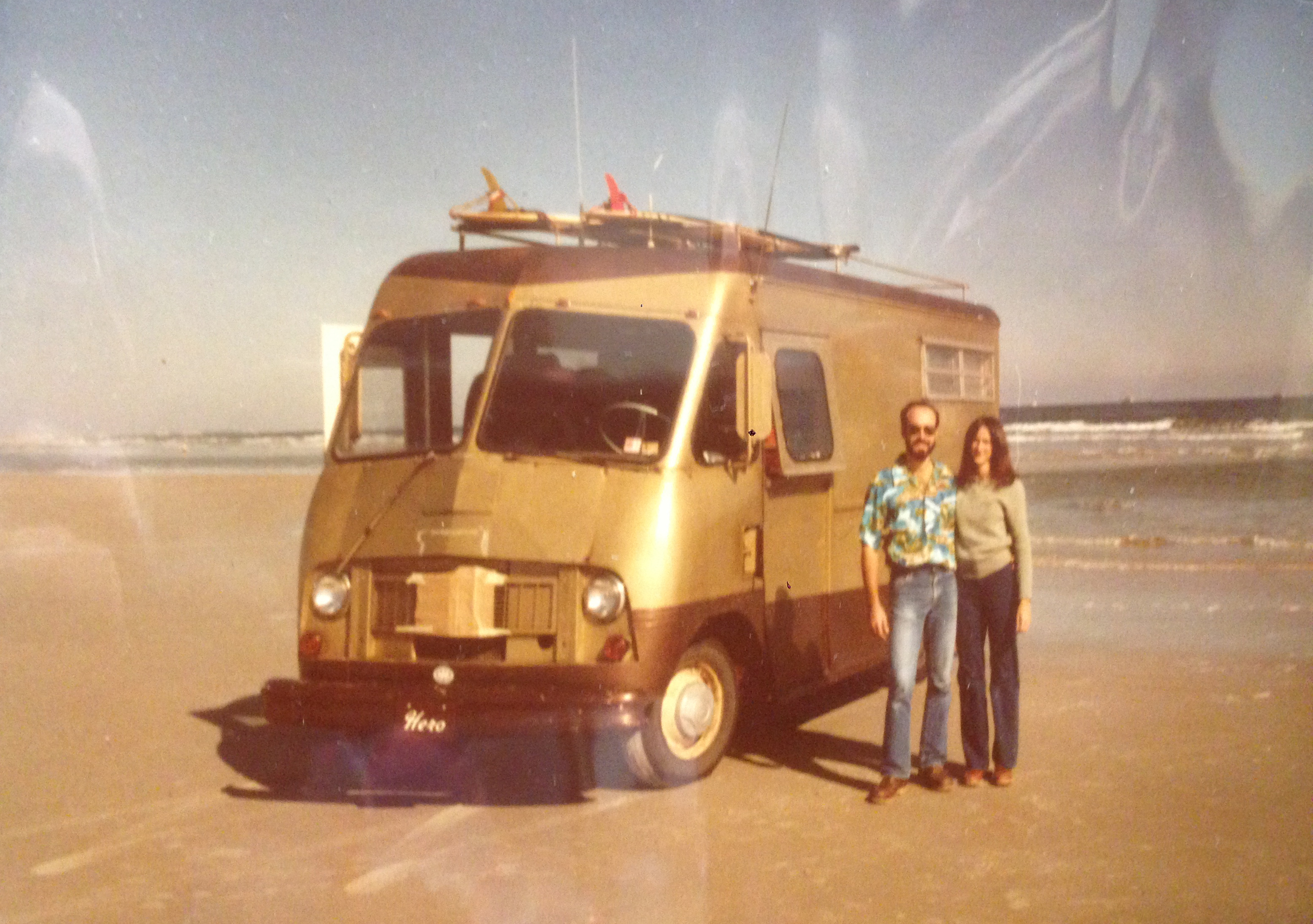 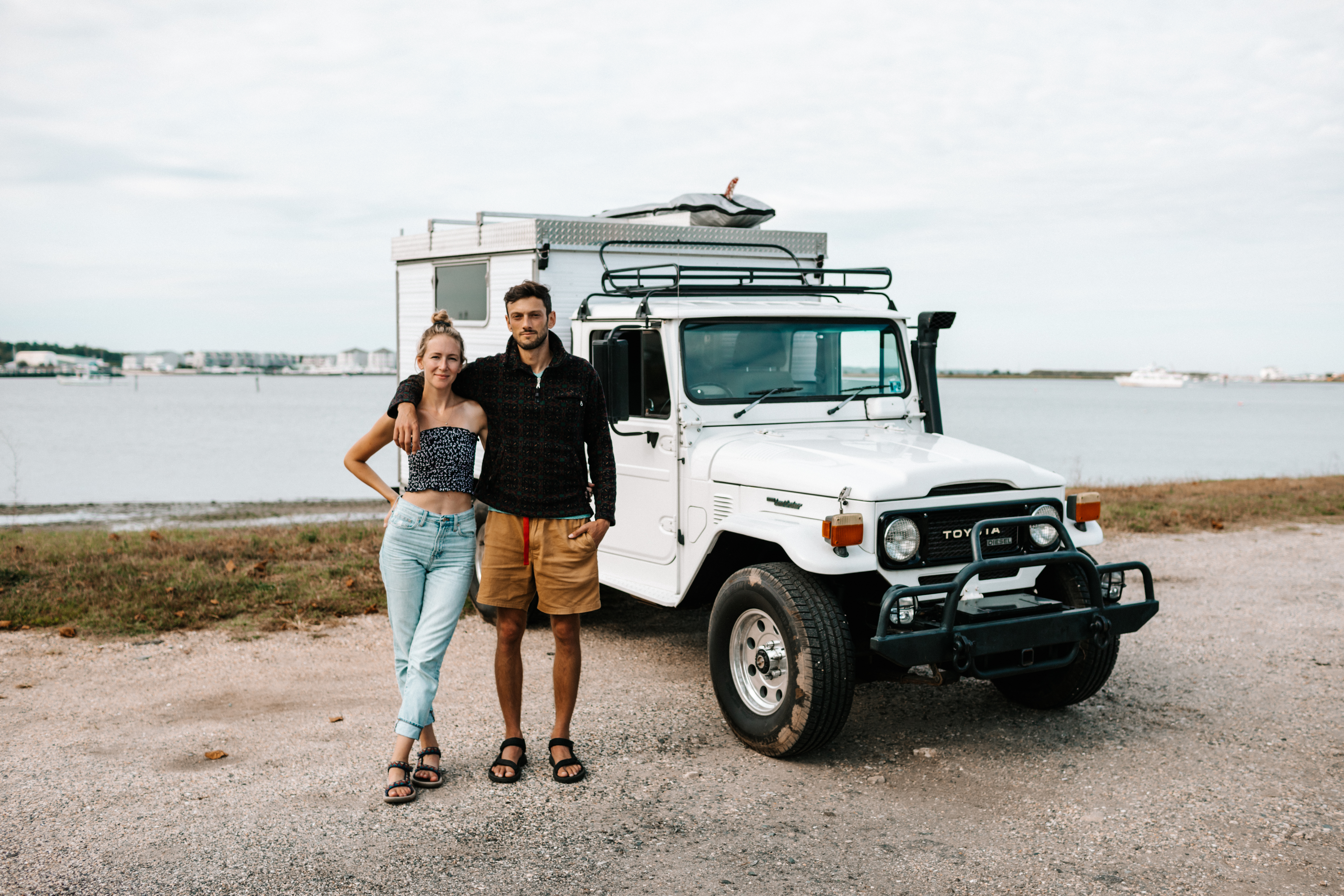 Marlin inherited a sense of adventure that’s the odd marriage of simplicity and ridiculousness. His dad regales us with stories of skiing Mt. Washington in blue jeans, riding motorcycles to Alaska, and waterskiing on a pond while being towed by a dirt bike. He advocates for using the gear you already have and repairing it until it’s reached the end of its life.

Marlin is equally thrifty and inventive: we can’t leave the house without at least two types of boards (surf, skate, SUP or snow, take your pick) and he invents so many excuses for adventure that he’s earned the nickname “The Fun Hog.” My parents instilled in me a deep-seated desire to both appreciate and preserve nature, a love for writing and photography, and an affinity for oversized fleeces.

I think there’s a reason, as we wearily wade our way through political fatigue and the impending fall out of our climate crisis, that the style of decades past continues to speak to us. Netflix’s “Stranger Things” and “Glow” have captured our collective imagination.Despite the historically short lifespan of trends, nineties-era denim, vintage Patagonia Baggies and the neon bike shorts Princess Diana made famous have endured, season after season. 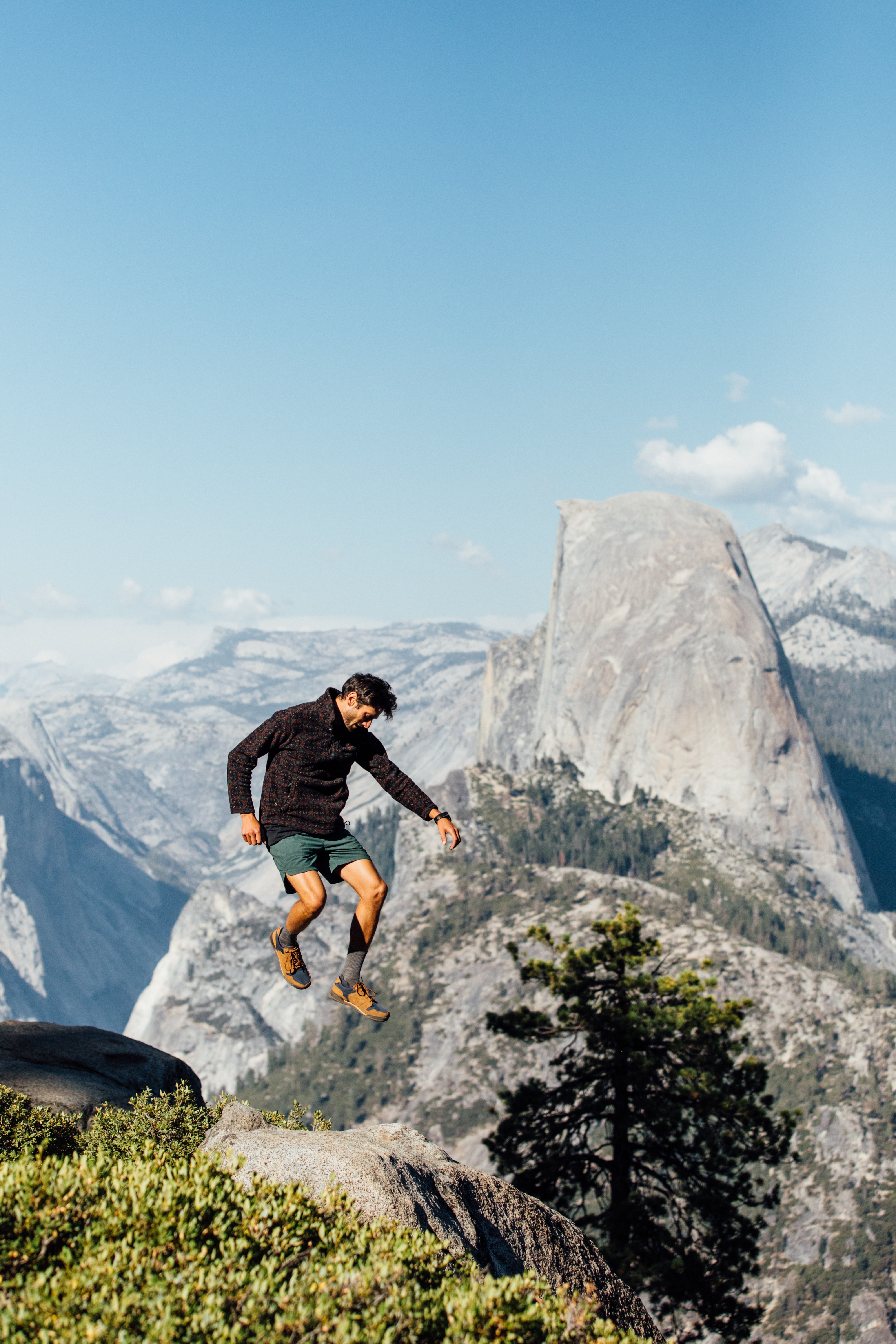 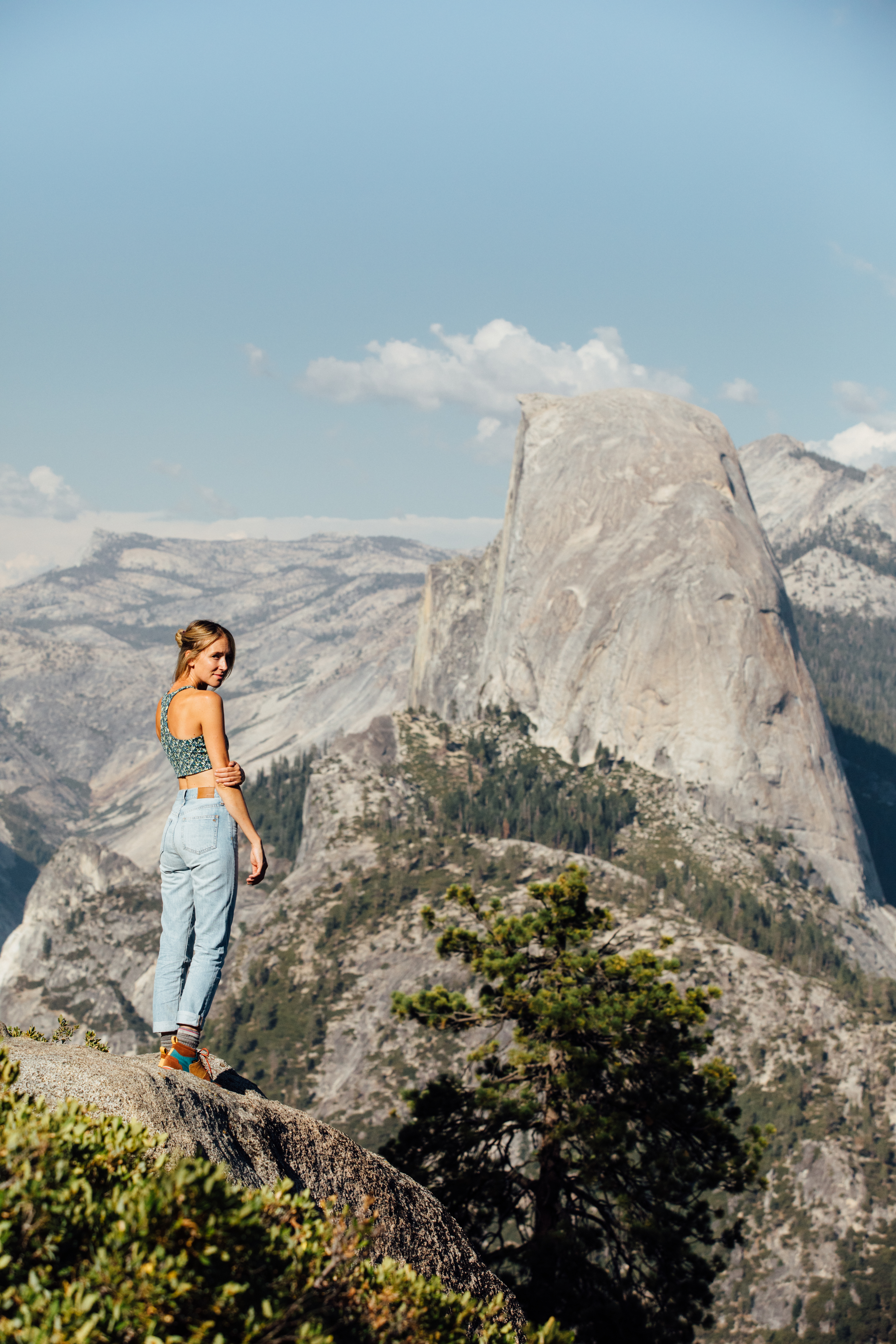 It’s not because “things were simpler” back then—they were likely just as complicated and confusing. But instead, we’re drawn to the common threads that connect us to those who came before. The first Earth Day happened in the ‘70s, when more than 20 million people came out to demand what would become some of the most impact environmental laws we have today, like the Clean Water Act.

Now, we Millennials and Gen Z-ers are suing our government for the right to a healthy environment, organizing walkouts and marches to fight against climate change. A lot has changed since the days when bell bottoms were worn without a slight sense of irony, but much remains the same. We still want adventure. We still want social justice. We want to preserve the places we’ve tethered our memories to. And, obviously, we want to look cool doing it. 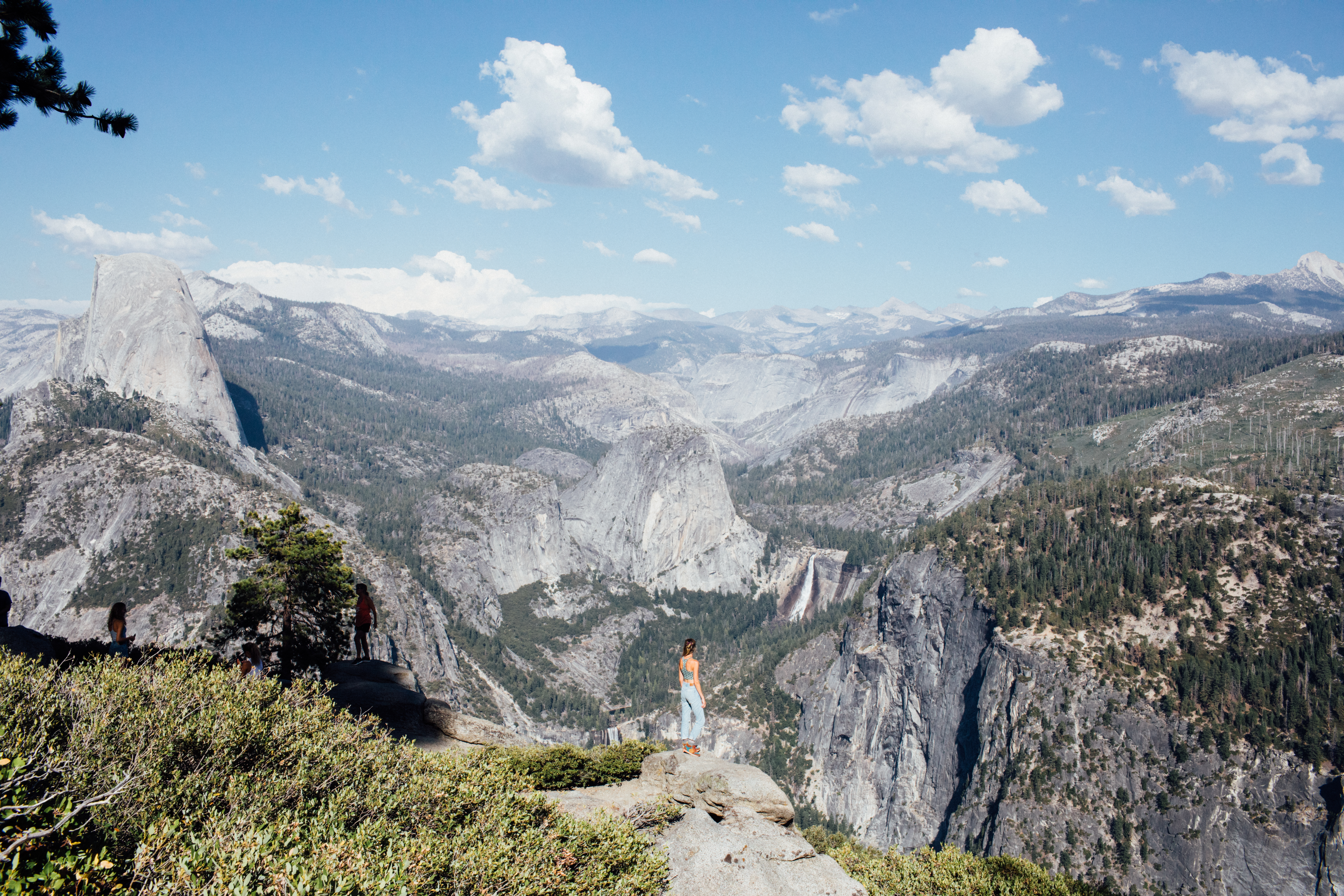 The apple may not fall far from the tree, but it does keep rolling. It’s not enough to inherit a sense of adventure and responsibility — we have to move the needle forward by passing on what we’ve learned to the next generation, and to each other.

Marlin has taught me to surf, and I’ve taught him to take photos. We encourage our friends to be politically active and to educate themselves on the climate crisis. We lend out our gear so they can experience nature, too. And, one day, we’ll pull out the photo album and convince our kids we’re cool enough to follow in our footsteps. Who knows, we may even still have the Teva sandals to do it in.